Skip to the content
"One Cannot Resist the Lure of Africa"

You will be collected at your Windhoek accommodation between 08:00 & 08:30

Travelling north, you pass through some of the country’s commercial farmland and stop at towns along the way, arriving at the Southern gate of the park by mid-afternoon. After entering Etosha we game drive our way through to Okaukuejo, Etosha’s main rest camp and resort where we will check in and set up camp.The rest camp was formerly a military outpost founded in 1901 and the tower was added in 1963.

Famous for its floodlit waterhole Okaukuejo Rest Camp is also the administrative centre of the park.
The waterhole is a hub of animal activity starting in the early hours of the morning. Especially during winter diversity of animal theater comes to live in close proximity to the camp to quench their thirst.

After sunset floodlights illuminate the waterhole. This is the best time and place to see the endangered black rhino. This archaic mammal can often be seen drinking alongside lion and elephant. The number and interaction of the animals is the major drawcard of Okaukuejo Rest Camp in Namibia.

Full day’s game driving. Again we leave early to enjoy the cool morning air as we game drive our way through Etosha to Halali camp, situated in the middle of the park. Along the way we will visit several waterholes and are afforded splendid views of the massive Etosha Pan. The game viewing is usually excellent and we will have a chance to tick off a few new species that are not normally seen on the Okaukuejo side of the park.

We stop at Halali for a rest and a leisurely lunch. There is time to visit the Halali waterhole and to make use of the swimming pool and bar facilities before continuing on our way and game driving down to Namutoni.

Located in the eastern region of the Etosha National Park, the Namutoni Rest Camp was first constructed as a fort by the Germans. The first fort, a six roomed building was erected during 1902. In 1904, however it was totally destroyed by Owambo raiders. In 1906 it was rebuilt and considerably enlarged and the fort never again came under attack. From 1910 onwards it served periodically as a police post but eventually fell into disuse. It was however rebuilt in 1956 according

to its original design and opened in 1958 as a tourist camp. A variety of accommodation is available from self-catering chalet units to twin bedded bungalows. Facilities at the rest camp include a restaurant, shop, post office, swimming pool and filling station.

Very early in the morning we will exit the park through Von Lindquist gate and drive north towards the town of Tsumeb and Grootfontein to Rundu in the Kavango Region. Our journey today takes us further to the area near Popa Falls, the start of the Caprivi Strip.

Ndhovu Safari Lodge is located in a peaceful riverine setting, opposite the Bwabwata National Park,formerly Caprivi Game Park) in northern Namibia. It is an ideal stopover between Etosha National Park and Victoria Falls. Wildlife enthusiasts and photographers head for The Mahango Game Reserve, only 2 kms away, and it’s typical riverine and swampland habitat attract buffalo, red lechwe and sable antelope, to name a few.

Elephant and hippo often congregate in the river in the front of the lodge, and the open-sided thatched Lapa, extended with a wooden deck onto the Okavango River, gives it’s residents frequent and memorable game viewing opportunities. There are lit walkways in and around the lodge, and it is not uncommon for hippo to prance around the lodge at night.

Activity: Enjoy a guided boat trip on the Okavango. Game drive in the mahangu core area.

We leave after breakfast and travel through the Caprivi strip to Katima Mulilo and down to the border with Botswana.

Not too long ago Kasane was a remote and forgettable small village. However, its strategic location along the main tourist routes (meeting point of four countries – Botswana, Zambia, Zimbabwe and Namibia) has led to rapid expansion in recent years.

Situated on the Chobe River in the northeast, Kasane is a bustling little town offering trouble-free access to the Chobe National Park. As there are no boundary fences between the park and the village, game such as elephant and hippo can frequently be seen wandering down the road and through the Kasane campsites.

The Chobe National Park, which is the second largest national park in Botswana and covers 10,566 square kilometres, has one of the greatest concentrations of game found on the African continent. Its uniqueness in the abundance of wildlife and the true African nature of the region, offers a safari experience of a lifetime.

The original inhabitants of what is now the park were the San people, otherwise known in Botswana as the Basarwa. They were hunter-gatherers who lived by moving from one area to another in search of water, wild fruits and wild animals. The San were later joined by groups of the Basubiya people and later still, around 1911, by a group of Batawana led by Sekgoma. When the country was divided into various land tenure systems, late last century and early this century, the larger part of the area that is now the national park was classified as crown land. In 1931 the idea of creating a national park in the area was first mooted, in order to protect the wildlife from extinction and to attract visitors.

After breakfast we head off on a leisurely game drive, exploring the wonders of the Chobe National Park by road. Game drives within the park offer the opportunity to view abundant elephant and other big game species up close, and there is also the possibility of an encounter with one of the large predators.

Time to relax in the afternoon before joining a river boat cruise. From the boat we will have the chance to see a huge amount of wild game, both on the river banks and in the waters swirling around us. Crocodiles and hippos abound in the forbidding Chobe River and on the land side there is often a kaleidoscope of different antelope and species such as elephant, buffalo and even the Big Cats come to the river banks for their sundowner drink. The Chobe River provides a very broad habitat for bird life and it is possible to see many beautiful species of our feathered friends.

Another border crossing today, you will need to pay for your visa in USD ,Zimbabwean boarder side and begin an hour drive to Mosiayatunya (Victoria Falls).

Victoria Falls offers a myriad of activities suitable for young and old, adventurous or lethargic to enjoy. Shearwaters is perfectly positioned within the town to enjoy Victoria Falls to the fullest.

David Livingstone, the Scottish missionary and explorer, is believed to have been the first European to view Victoria Falls on 16 November 1855 from what is now known as Livingstone Island, one of two land masses in the middle of the river, immediately upstream from the falls on the Zambian side. Livingstone named his discovery in honour of Queen Victoria, but the indigenous name, Mosi-oa-Tunya —”the smoke that thunders”—continues in common usage as well.

Open to visitors throughout the year, the Victoria Falls National Park in north-western Zimbabwe protects the south and east bank of the Zambezi River in the area of the world-famous Victoria Falls. It extends along the Zambezi river from the larger Zambezi National Park about 6 km above the falls to about 12 km below the falls. A notable feature of the park is the rainforest which grows in the spray of the falls, including ferns, palms, liana vines, and a number of trees such as mahogany not seen elsewhere in the region.

Today your guide will leave you and drive back to windhoek.

A vehicle according to group size

Park fees activities unless not included

Transfer shuttles to and from airport

Email us for prices

NB. Prices are subject to change due to the exchange rate. Use calculator below for latest pricing. Note: Our fixed price is in Euro’s.

Reduce, re-use , recycle. Plastic is prohibited in all our national parks. 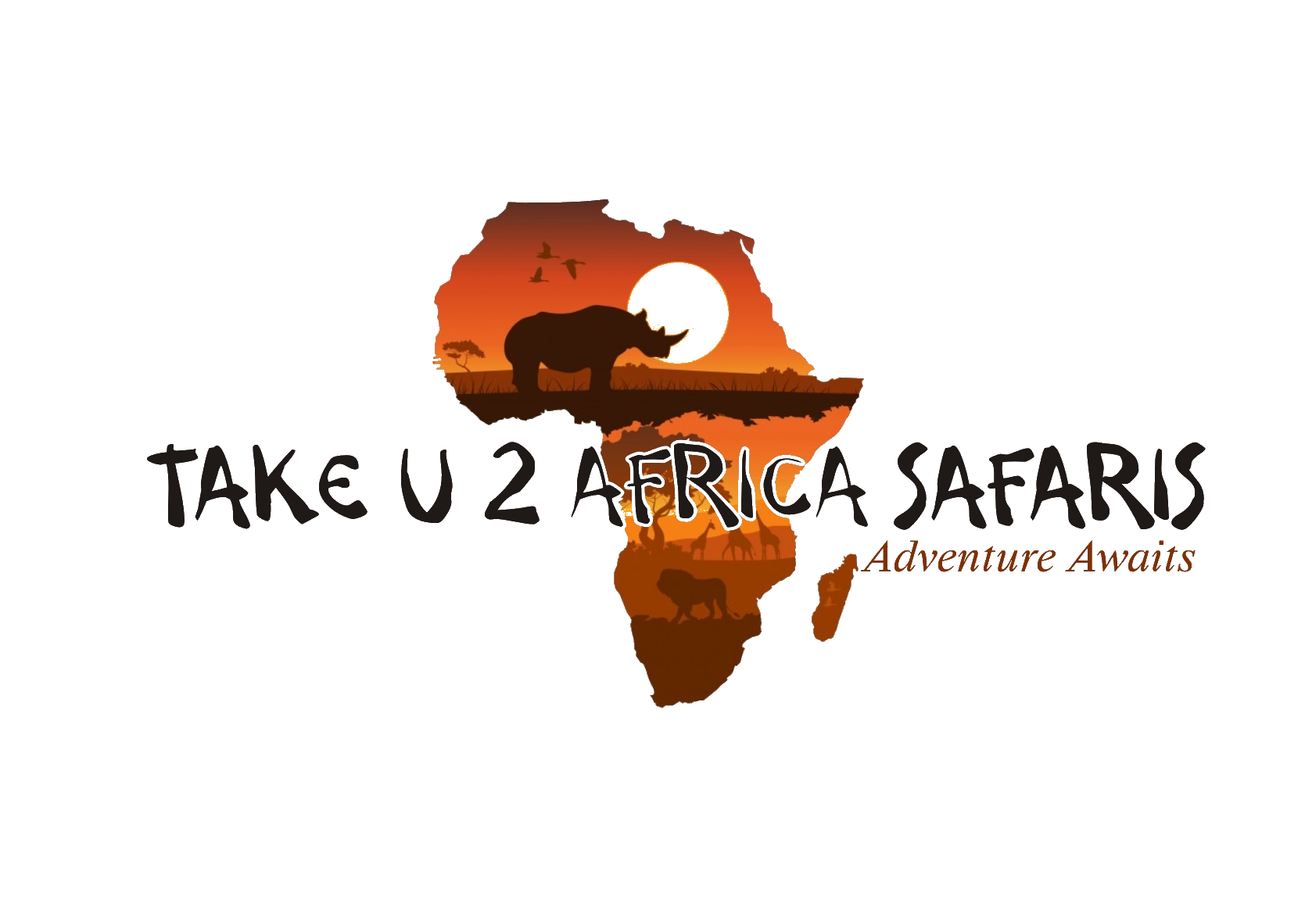